Since the early days of Urban IT, we have used the service desk number 0845 363 0403. At the time, having a national number was the ‘thing to do’, and we’ll admit we’ve become quite attached to it. But times have changed, and we want to offer you something better. Changing a number you’ve become familiar with might not sound like good news, but it is. You’ll save money as calls will be charged at a local rate instead of the traditional national rate.

If you dial the old number, you’ll still get through. We’re keeping the number live because we know that adjusting can take a little time. But the sooner you start with the new numbers, the sooner you’ll be saving. 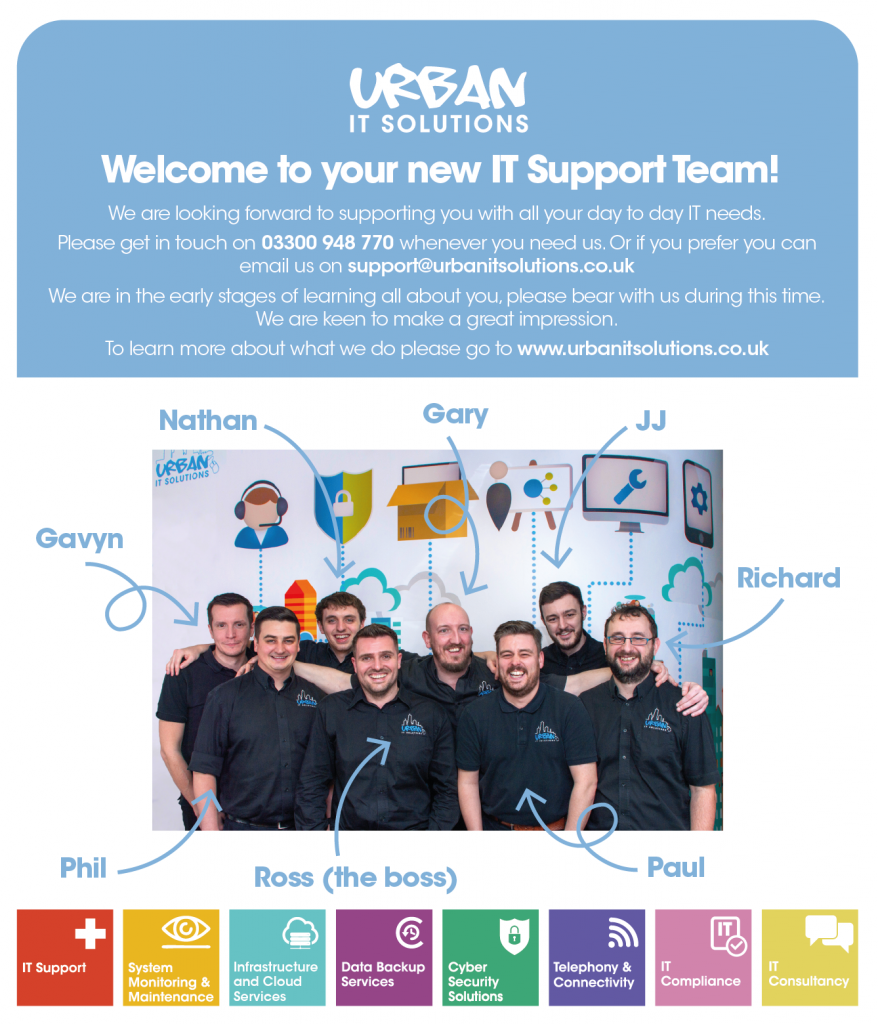