Why I’ll be watching the BBC drama ‘Mother’s Day’ 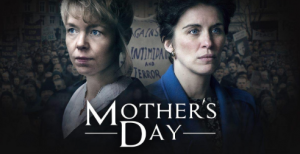 Proud and poignant. It’s hard to believe that it’s a quarter of a century since the Warrington bombing, but for me, like many in the North West, the event still resonates very strongly. Perhaps that’s because of the responses of the victim’s families and the peace rallies that followed. Perhaps its because the attacks were so close to home – we could no longer distance ourselves from the violence and tragedy when it happened on our doorstep to people just like us. It’s with mixed emotions that I’ll be watching the drama about the events – Mother’s Day – currently on BBC iPlayer. I know Mother’s Day won’t be an easy watch, but I’ll be glued to the screen. My daughter, Siena, has a role in the production. I’m thrilled for her. She has ambition and talent and she’s working hard to pursue her dreams, so tonight, when I watch the show, I’ll be a very proud mum. I expect I’ll also have a massive lump in my throat. 25 years have flown by, but the memories of those events are still very disturbing. Well done to the Tim Parry Johnathan Ball Peace Foundation for their continued work over the years supporting victims of violence and terrorism.  You can catch up and watch Mother’s Day on the BBC iPlayer here https://lnkd.in/gipUuwt